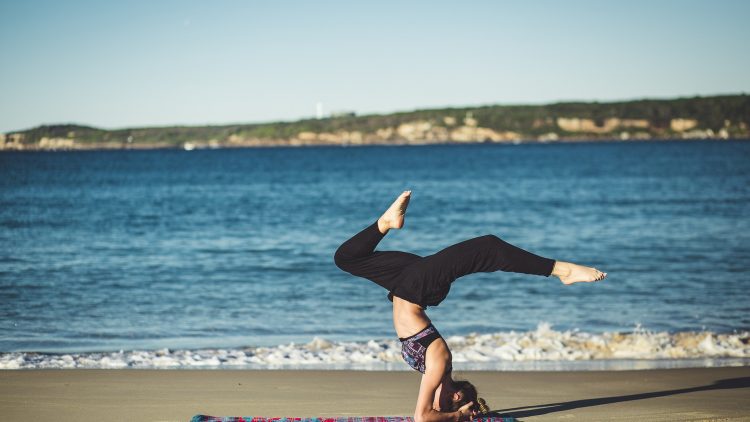 Yoga is an amalgamation of mental, physical and spiritual disciplines which originated in primeval India. Yoga is one of the six orthodox schools of the Hindu philosophical culture. There is a wide variety of yoga practices, and goals in Hinduism, Jainism, and Buddhism.

The term ‘Yoga’ is coined from Sanskrit word ‘yog’ meaning ‘to unite, to harness, to yoke, or to integrate’. Yoga is bringing in unison the breath, the mind, and the body and calming the fluctuations. It is harnessing and harmonizing the body through various breathing exercises, yogic postures, and attaining the ultimate state, meditation. Yoga is by far the safe and the most recommended form of exercises for people of all ages vis a vis other forms of exercises. It is proven that yoga helps one in realizing their true self and all the beneficiaries of the yoga claim that. Albeit, it requires a lot of perseverance in the initial times to feel the difference, one gets addicted to it when they start recognizing the changes for themselves. The power of yoga is innumerable.

From a yogic’s stance, the mind, and its perpetual internal dramatic monologue is the root of suffering. The various yoga practices not only serve to calm the mind but also acts as a remedy and curing methods for a lot of physical injuries. From a galore of a relaxed concentration – the distinctive feature of yoga – comes increased creativity, awareness of our essential nature and most importantly, the most sought inner peace.

It is a common thought in human minds that one injured cannot do any form of physical activities as it would aggravate the injury or cause further worsening. However, this is proved wrong with yoga. We would have come across a lot of commercial ads, pamphlets, brochures, website notifications that would have read ‘Cure your illness and injury with yoga!’ and they were actually true. Yes, you read it right, you can cure your injuries with yoga, you just have to be careful with the kind of poses that you choose and the benefits you would reap from that yogic posture.

For beginners who are taking up yoga as a result to see the well functioning of your human body or for beginners who are taking up yoga for any reason, it is highly recommended to get proper guidance from a yogic teacher so as to stay aligned with your motive. During the initial days of injury, proper support would do no harm and will get you used to the pain, thus making you feel comfortable and safe.

Rotator Cuff Damage:
This injury is most common in athletes that are involved in all forms of throwing sports such as throw ball, football, baseball, and even badminton and tennis. Rotator cuff injury damages the ligaments that are associated with the arm to the shoulder and it ranges from a dull ache deep into the shoulder. It makes it very difficult for one to reach to the back or even comb.

Plank Pose (Phalankasana) and Cobra Pose (Bhujangasana) are the recommended yogic exercises that will aid in curing the injury. Most rotator cuff damages take roughly about six months of rehabilitation to regain the complete functioning of the muscles, nevertheless, with yoga it takes relatively lesser time and it is directly proportional to the willpower of the human being.

Plantar Fasciitis:
This injury is also called ‘policeman’s heel.’ It is either swelling of your ligaments or an inflammation of a dense band of tissue that connects your heel bone to your toes. It causes deadly pain in the bottom of the foot and in the heel. This is a common injury in runners, athletes or people who involve a lot of jumping and insane walking and occurs commonly during your first step in the morning.

To relieve this pain, it is recommended to try Reclining Hand-to-Big-Toe Pose (Supta Padangusthasana) and  Garland Pose (Malasana).

Shin Splints:
Shin splints are the stabbing pain caused by overuse across the shinbone which is the large front bone in the lower leg. This pain is most common after running or jumping where the body would experience completely new stress. This condition is also a result of extreme stress in the shin, shakiness in the muscles of the hips or abdominals and tiny fractures in the tibia.

To alleviate the pain, practice Pyramid Pose/Intense Stretch Pose (Parsvottanasana) and Diamond Pose(Vajra asana). Though it could cause worsening pain in the beginning, it will later have a soothing effect once the body starts realizing the comfort.

Anterior Cruciate Ligament Injuries:
ACL injuries are caused by a sudden twist in the motion. These are ligament tears in the knee and are caused when there is an unexpected and quick change in motion while running, speedy walking, hit by someone, rapidly ceases to run or improperly lands a jump.

Pulled Groin Muscle:
Pulled groin muscles are any tears or injury in the inner muscles of the thigh usually chronic or caused under extreme stress. Although the injury is not severe, a prolonged pain can take a long time to cure.